Middle schoolers are coming into an age where they assert more independence. They are a very capable group in that they can reason for themselves, challenge ideas and authority, and make coherent arguments. Middle school students will devour any thing that someone tells them not to do, even if it is reading a book! Here is an activity for each grade level that will get students, teachers, and librarians thinking about banned books, intellectual freedom, censorship, and First Amendment freedoms.

Page created by Steve McCormick
﻿Suggested activities for sixth, seventh, and eighth grades
1. Banned poems activity: as a class, we will read a poem that has been previously seen as controversial, such as a selection from Walt Whitman's Leaves of Grass. The class will then decide if the poem should be banned from school, discussing reasons why.

2. Censorship: Students will examine and debate the idea of censorship in the school library. They should discuss how censorship relates to school rules as well as the First Amendment and their rights to free speech.

3. Banned book reading: Students will select a banned book from the various lists of banned books and read the book. They will report to the their classmates about the book, discuss why they think it was banned, and reasons why the book shouldn't be banned in schools. The students can vote on the book's merits for not being banned as well.

4. Letter campaign: Students will write a letter to an authority defending their banned book, and why it should be kept in the school curriculum and school library.

5. Character Analysis: Students will examine a character from a banned book (Huckleberry Finn, Lennie from Of Mice and Men, etc.) and decide whether the character's actions have led to an attempt to ban the book. They will have to defend the book in either way.

6. Local examination of Banned Books: Using the poster below, students will examine why Montana school districts decided to ban certain books and the results of the challenge. They can also take on more recent books such as The Absolutely True Diary of a Part-Time Indian. Teachers can incorporate this project into required readings of banned books.
Click on the buttons below to access the websites listed. 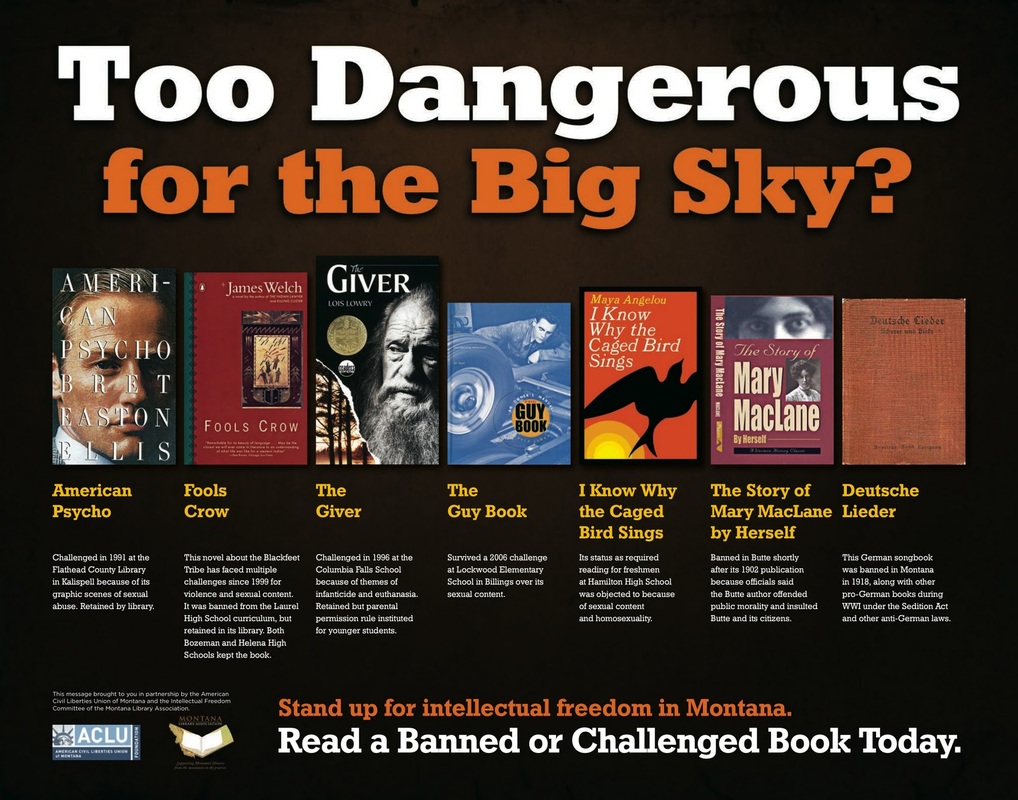